Urban image construction is a reflection, expression and constitutive factor of local identity formation and dynamics. Cities simultaneously localize identities and connect them with wider global signs of utility, function and symbolic order. Elasticity of the label identity accommodates everything that surrounds us as presence or absence, persistence or change. As a theatrical scenery, cities change after each act, sometimes with discrete adaptations, sometimes with radical interventions. If the scenery is composed of streets, parks, roads, museums, monuments, shopping malls and buildings connected through the intricate network of the perpetual and cumulative actions of its inhabitants, every adaptation and intervention affects its multi-dimensional identities. Changes in urban visual identities unfold as a form of public art feeding from the immense potential of social imaginary significations accommodated by a time’s perception of stability, structure and continuity. Urban change is itself a production of meaning, interpretation and identity making practices.

As the chaotic canvases of cities are being stretched over a framework of identity, its further exploration seems more than appropriate. Amidst the incredibly rapid urban growth crowding more than half of the world population in towns and cities, the questions are only going to keep multiplying. How are city identities made and re-made, used and abused, imagined and narrated, politicised and communicated, expressed and projected, imposed and marketed? And above all, how do they thrive within the dynamic interpolation of the nexus of local-global, centre-periphery, urban – suburban, old and new. As out-dated as these dichotomies may sound, in many places their daily life is far from over. As old cities became new capitals and new capitals struggle for more capital, the challenges of maintaining public-driven collective identities in the face of cultural fragmentation and diversification, coupled with consumer-attractiveness is turning them into urban palimpsests. Urban environments reflect the human needs and values. In an increasingly globalized world, the human beings are becoming more citizens of the world than citizens of the cities. The increasing mobility of the new pilgrims of globalization creates more of the same in the logic of universalized urban functionality. Within this logic, the cities are now in the position to re-evaluate their impact on the world and shape their future in a manner that assumes a wider responsibility that evades a localized mentality. Urban local identities are becoming increasingly thin and rely strongly on negotiating a local specificity with universalized functionality and global responsibility. An increasing need for uniqueness and distinctiveness foster site-specificity aimed at placing a particular urban identity within a global economic hierarchy. Public art became essential for affirming distinctive local urban identities in a universe of serialization and commodification.

As the research on cultural identities of the city is becoming more abundant, this panel aims at adopting a wide-lens inter-disciplinary approach, while focusing on various processes affecting identities in the urban context in its global-regional-national-local interplay.

Some example of topics may include (but are not limited to):

Please apply on-line using the electronic form on the conference website or submit by e-mail a titled abstracts of less than 300 words together with the details of your affiliation until 15th of October 2018 to application@euroacademia.org

If you are interested to apply, please see complete information about the conference and details for applicants at:
http://euroacademia.eu/conference/7fcs/

ABSTRACTS: 01 Dec 2018 (Round One)
http://architecturemps.com/newyork/

This unique conference is interested in how we prepare the next generation of professionals to manage, design and construct the built environment.  A specific urban design strand has been established.  It seeks papers on:

Education and Pedagogy | Architecture, Urbanism and Landscape |  Construction and Engineering 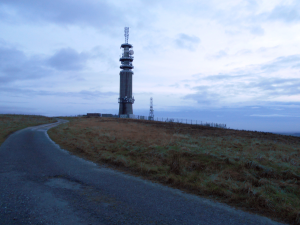 Infrastructure is popularly conceived as a form of material production assigned to technological advancement. However, it is not exclusively a techno-centric endeavour, it is constituted by built artefacts designed through collaboration by those with more than simply an interest in its engineering. Infrastructure has the capacity to reveal much about the society in which it was produced – the political economy of infrastructure; the socio-cultural effects of infrastructure; the formal and visual impact of infrastructure and attitudes to its celebration or containment. END_OF_DOCUMENT_TOKEN_TO_BE_REPLACED

The IHBC provides information and links to third party operations and resources to support our members. We offer this information without any prejudice or endorsement of any kind.

This website uses cookies to improve your experience while you navigate through the website. Out of these, the cookies that are categorized as necessary are stored on your browser as they are essential for the working of basic functionalities of the website. We also use third-party cookies that help us analyze and understand how you use this website. These cookies will be stored in your browser only with your consent. You also have the option to opt-out of these cookies. But opting out of some of these cookies may affect your browsing experience.
Necessary Always Enabled
Necessary cookies are absolutely essential for the website to function properly. This category only includes cookies that ensures basic functionalities and security features of the website. These cookies do not store any personal information.
Non-necessary
Any cookies that may not be particularly necessary for the website to function and is used specifically to collect user personal data via analytics, ads, other embedded contents are termed as non-necessary cookies. It is mandatory to procure user consent prior to running these cookies on your website.
SAVE & ACCEPT